Designing accurate and efficient vision transformers (ViTs) is an important but challenging task. Supernet-based one-shot neural architecture search (NAS) enables fast architecture optimization and has achieved state-of-the-art results on convolutional neural networks (CNNs). However, directly applying the supernetbased NAS to optimize ViTs leads to poor performance - even worse compared to training single ViTs. In this work, we observe that the poor performance is due to a gradient conflict issue: the gradients of different sub-networks conflict with that of the supernet more severely in ViTs than CNNs, which leads to early saturation in training and inferior convergence. To alleviate this issue, we propose a series of techniques, including a gradient projection algorithm, a switchable layer scaling design, and a simplified data augmentation and regularization training recipe. The proposed techniques significantly improve the convergence and the performance of all sub-networks. Our discovered hybrid ViT model family, dubbed NASViT, achieves top-1 accuracy from 78.2% to 81.8% on ImageNet from 200M to 800M FLOPs, and outperforms all the prior art CNNs and ViTs, including AlphaNet and LeViT. When transferred to semantic segmentation tasks, NASViTs also outperform previous backbones on both Cityscape and ADE20K datasets, achieving 73.2% and 37.9% mIoU with only 5G FLOPs, respectively. 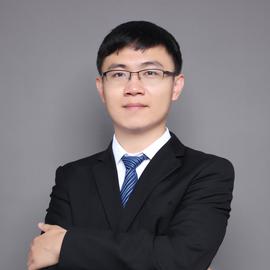 I am currently a tenure-track assistant professor jointly affiliated with the Institute for Artificial Intelligence and School of Integrated Circuits in Peking University. My research interests focus on efficient and secure multi-modality AI acceleration algorithms and hardwares.